The official website has announced that a new Tantei Opera Milky Holmes anime has been green-lit.

The new TV series is titled “Tantei Opera Milky Holmes TD” and it is scheduled to premiere this January 2015.

The Milky Homes crew will be performing the series’ theme song ‘Overdrive’ while Emi Nitta (Love Live’s Honoka) will be singing ending theme. She will also voice a new character in the series named Marine Amagi. 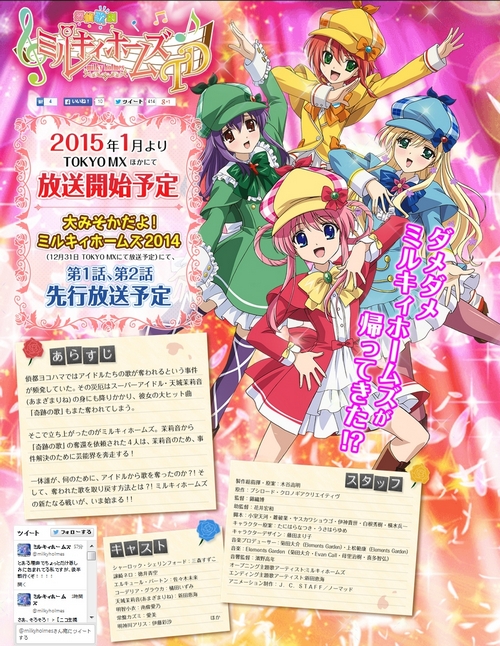