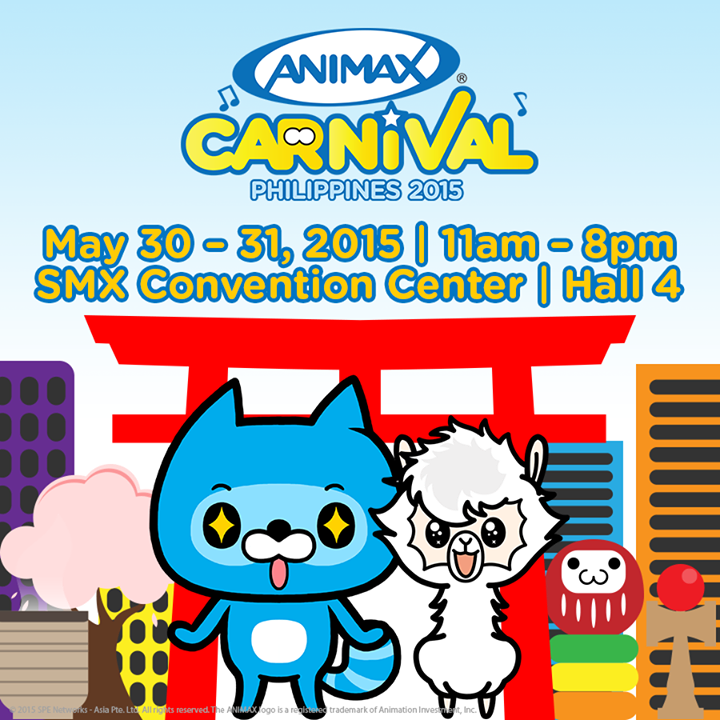 Cable anime channel Animax Philippines has finally announced the details of the of ANIMAX Carnival Philippines 2015.

According to their official Facebook page, the event will take place at Hall 4 of SMX Convention Center in Pasay City this coming May 30-31, starting 11AM to 8PM. The details was first revealed by SM Tickets before it was taken down.

Details on how to get the tickets and how much will be announced on a later time.

Animax Philippines has also announced the details of the event’s solo and group cosplay competition. Participant must cosplay based on the following title broadcast on ANIMAX: Naruto Shippuden, Fairy Tail, Bleach, Hunter X Hunter, Parasyte -the maxim-,Valvrave the Liberator, Seven Deadly Sins, Space Dandy, The World Only God Knows, Mushibugyo and Wizard Barrister. More details can be found at the Animax website.

It was earlier announced that local cosplayer and artist Alodia Gosiengfiao will be gracing the event as a guest.