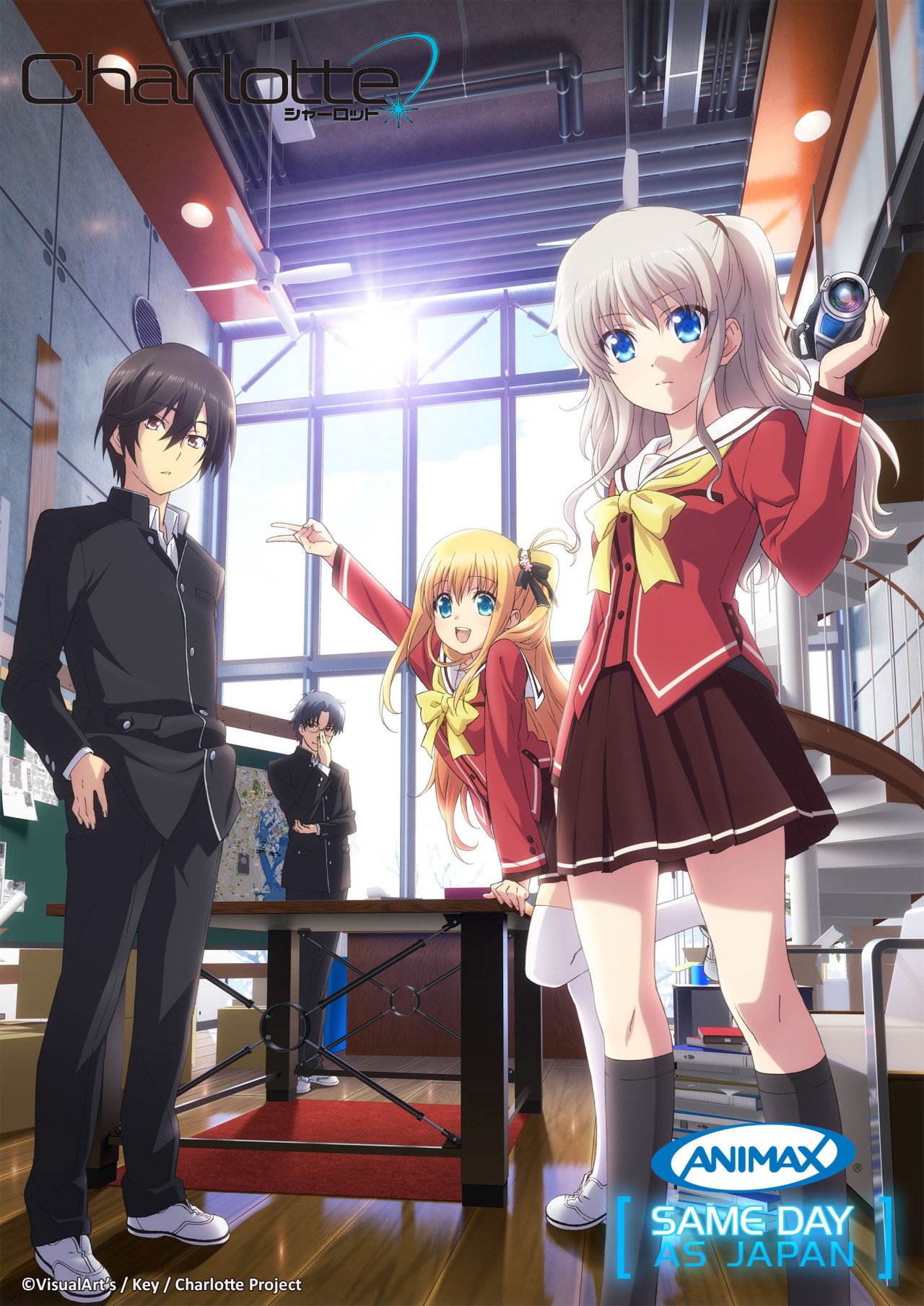 From the visual studio and producer that brought 2010 popular anime series”Angel Beats!”, Keys and P.A. Works is once again collaborating for the new original anime, which will air in July.

Charlotte will also air on Animax Asia same day as Japan starting July 4 at 12:30AM with an encore broadcast the following day at 8:00PM. It will air in Japanese audio, subtitled in English, Bahasa Indonesia, Mandarin and Thai .

SYNOPSIS
Charlotte, rumoured to have been based on Maeda’s own early life, is set in an alternate world where a few children come into unusual superpowers upon puberty.  One of the colouful characters is Jōjirō Takajyō, who can move so fast he appears to be teleporting.  There’s also student singer Yusa Nishimori, who can communicate with the dead.  The children are enrolled into Houshinomi Academy, which has its own student council for guiding those who encounter problems with their newfound abilities.

The protagonist?  Yū Otosaka, an ill-mannered first-year transfer who uses his ability to possess another person’s body for five seconds in order to cheat in his exams.  When Yū meets school council president Nao Tomori, the fate of these extraordinary children begins to unravel.  Will the youthful duo be strong enough to fight their destiny?