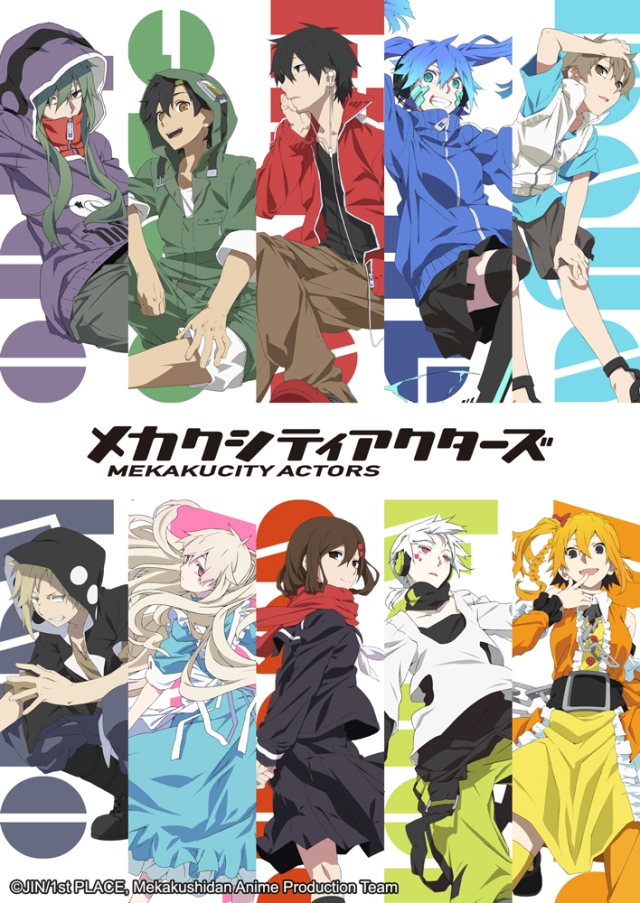 In their press release, ANIMAX has announced that they will be airing Mekakucity Actors starting August 18 at 10PM.

Here is the full press release:

A 12-episode anime series, Mekakucity Actors is produced by Shaft in collaboration with Aniplex of America and 1st PLACE. Based on Jin’s Kagerou Project, the series is directed by Akiyuki Shinbo.

After living in solitude for years, a NEET named Shintaro is led back into the outside world by a mysterious female character who infiltrates his computer and causes a breakdown. Desperate to fix his beloved computer, he heads to a department store and in one fateful moment he is thrown into a life of action and crime-fighting adventure.

A group of criminals break in and hold shoppers hostage. Among the crowd happens to be a group of teenagers who call themselves “Mekakushi Dan” (or the Blindfold Gang). Wielding powers using their eyes, they are able to stop the criminals from carrying out their evil plans and force Shintaro to join them.

Witness how this young man adjusts and flourishes in his new life this August in Animax.

Mekakucity Actors premieres August 18 at 10pm, Mon – Tues, two episodes back to back, first and exclusively on Animax Asia.